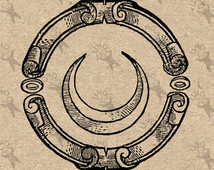 Last Friday, our son Arun was three months old. When people ask me how it’s going, I’m not sure what to answer. It is as if they asked me how it is to have a right hand. Not because I’ve recently acquired a right hand or have always had a child, but because both things are so basic and rawly habitual that words don’t reach so far in.

Motherhood is what it is. I don’t wake up every day filled with ecstasy, nor with despair. I don’t feel like I’m losing it nor do I feel suddenly solved. But I do feel larger, as if a particular Jo waiting on the sidelines of life has suddenly stepped on stage. The door of birth, and the essential, iterative tasks of new motherhood, are like magnets which pull new parts of me forth.

But being a new mother, it seems to me, is not a wordy thing. Maybe the words will come later. But other things flow. Attention. Affection. Milk.  And I like to think that Arun is too young to write about. Given that he doesn’t yet use this language, but speaks with his full body, in roars and smiles and grasping gestures, this written language that has been skimmed off the top of life is not his, and should not, perhaps, be about him either.  From linguistic reflection he should have a cocoon of  silence, waiting for him to become his own craftsperson in this weird magic that we speak.

So I cannot close anything in language about these three months. But I would like to share with you some open ragged fragments.

On exhaustion and milk.

With doom-laden relish, we were told over and over again about the exhaustion that would accompany Arun’s birth, like a monster waiting to consume our souls. But Naomi Stadlen, in her deeply philosophical What Mothers Do, makes the point that perhaps some of the exhaustion we feel as new parents is not so much associated with lack of sleep but also with our inability to value what it is we are doing. If we spend all day feeding the baby and wondering why we are not also feeding the cat, cleaning the windows, doing the dishes, looking for a new job, feeding will be profoundly and soul-shatteringly exhausting. But if we go with it, like a ship on the ocean, or a strange new lullaby of milk that our bodies or our kitchens are singing, and let our houses and our lives rest around us and watch wide-eyed at this weird miracle of mothering, then the tiredness will be of a different kind.

I should mention, in case you imagine me reclining on the bed in a holy aura of meditative nurture, that this wide-eyed witnessing is not my regular practice. And to be honest, quite often it is not what I need. I need to be sorting – the house we are building, the procession of life we are dancing, and Arun is balanced in the crook of my arm and I am trying to email the carpenter and the search e-bay for reclaimed doors. But when it happens, then the exhaustion of new motherhood becomes something different, an absence of necessity and a dancing heart of peace.

So alongside exhaustion, peace is what I am listing in the hallucinogenic experience of new parenthood. To understand this peace, instead of thinking about the bewildered parents, I prefer to think about it from the perspective of the baby, who’s been sleeping, and dreaming, and waking, swathed in amniotic fluid for the past nine months. And even though now alive, scoured by hunger and confused by weird bodily sensations, there’s little out of the present to fracture the peace of this child. When he’s drinking, he is utterly full of drinking, and when he is satisfied after, there is nothing other than this satisfaction. And when he falls asleep on my chest, and feels my heart beat, the quality of his peace perhaps resembles the peace he had in that amniotic fluid. Like a starfish, at the bottom of the encasing ocean. Lying into life. Stretching into life. Sleeping and growing into life. This is an intense quality of peace, and I think that even though we are exhausted, we couldn’t be the source of that peace, and not have a capacity to share it.

It is impossible to get things done in a linear progress of beginning, middle and end when there is a baby in the house. Any task on which we begin to concentrate could be immediately shattered by a tiny being’s appetite or digestive system. In the first two months I seemed to spend most of my time when I wasn’t breastfeeding or changing a nappy wondering around the house trying to work out what I should be doing before I next had to breastfeed or change a nappy. It’s as if our linear progression of achievement is a gentle stream, and now this stream has stones thrown into it constantly, so that it is patterned not only by flow but rings, rings, rings of water changing our concentration into something other than it has been. Now, perhaps, we are getting into the rhythm of things. Repeated actions from day to day, like bedtime baths and afternoon walks, seem equally as important as individual day achievements. As if through the tunnel of days we are carving a corridor of depth-illustrated life.

This is a truly miraculous society in which we are given so much scope to individually exist. But if – as the philosophers intimate – there is no such thing as an individual entity, since, after all, we’re all blurred up with the rest of the universe, then all this concentration on self-satisfaction may have, indeed, a strange quality of unreality to it. If we get right down to it, we are just dreams of essence. Circumstantial knots of consciousness. To please ourselves is lovely. But pouring time into keeping the small one alive has a breathtaking quality of reality to it.  Does I + baby have a deeper resonance than simply I, like a larger bell ringing in the cosmos? Do the more conglomerates we have give us substance, gravity, rememberance of reality? Just thinking out loud. And I’m not saying that motherhood has any kind of exclusive capacity to endow reality onto life,  nor that this maternal multiplication doesn’t have the capacity to be as illusory as real. I’m only saying that – this keeping alive a child who is constantly struck by and newly immersed in the reality of the world is an intense shot of being here.

Breasts. I knew they were a part of me, like chin or lips, but I had no idea that they had the capacity to become the fundament. David Abram says that birds think with their wings. If that is the case, perhaps I am intelligent at this moment via my milk. What if consciousness dropped down there fully, to that physicality of nurture, whether it be the hand that is holding the bottle, or milk-rounded breast. What would we see? What would we know?  A goddess in a terracotta valley? A grove of fig trees? The moon?

That’s it, my friends. Linguistic rags of three bright moons. When Arun was born, and it happened in its own way, in a own wonderfully uncurling riddle of blood and pain and achievement and need and agony, I repeated to him, once he was out and breathing, “I’m alive, and you’re alive”. And after three months of ridiculously intense discovery and nurture, about all three of us, I can say the same thing. “I’m alive, and we’re alive”. What wonder.

2 Responses to “On Three Moons”