The last time I wrote about Brexit was in June 2016. Here we are, three years later, and we are in the midst of an unspeakably ridiculous spectacle of leadership. Where we need clearsight and vision we have backbiting and power politics. Where we need a leader to call out what matters, we have a bizarre pantomime of scapegoating and failure. When I’ve mentioned to people last week that I’m writing about Brexit again the overwhelming response has been, god, why? The actions of our government in the last few months have been so laughable that almost the only sane thing to do appears to be not to think in that direction at all.

But what should we do, when those who are supposed to represent us instead represent an empty embroiling in unmattering, and the country we love is in the midst of a collective act of profound self-harm? While some of my friends have responded actively to the insanity of the times, writing political blogs, going to marches, emailing MPs , I have stood by and watched, or rather, unwatched. My awareness of current affairs has plummeted over the last three years, as I have found myself unable to listen to the news, hurled, as I have been, into profound nausea and dizziness every time I’m subjected to an apparently serious conversation about how best we sunder ourselves from the deep nutrient network across the seas.

Now things draw to a climax, both in terms of urgency and lunacy, and the country feels collectively terrified, confused, and exhausted. Though I admit that, when I say country, I’m talking about my own echo chamber of storytellers, parents, mythologists, sexologists and academics, not one of whom thinks that Brexit is a good idea. Of the country as a whole, I have to admit that I don’t know, for the polarity of this tearing, the apparently unbreachable split between those who believe that Britain should go it alone and those who believe profoundly in the fundamental need to respect and nourish her embeddedness is too great. So great that at the centre, where there should be movement towards resolution of oppositions, there is only a pantomime of madness. And, in the midst of this madness, that which does matter, like the urgency of responding to a rapidly dying planet, goes unresonant and untended within the space of rule.

Is there any way we can respond to the ridiculous charade which claims to speak in our own voices, apart from with shame, nausea, and petrified horror? It seems to me as if the young people have the right idea right now. 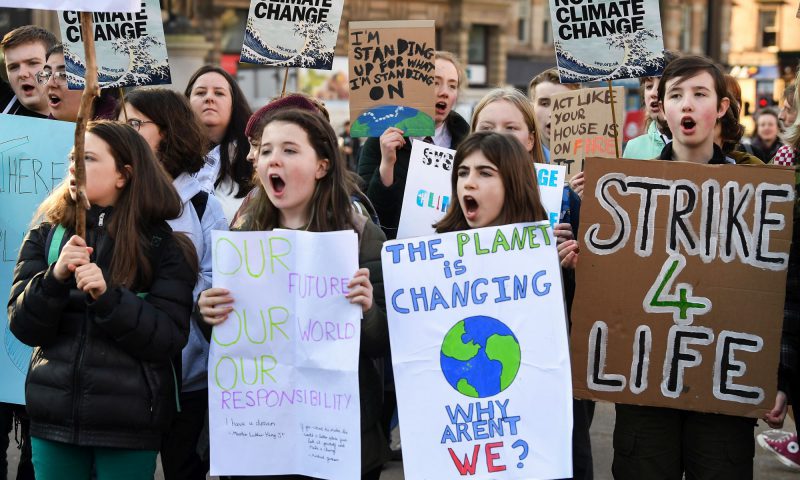 Because what I’ve been wondering is, what if the ridiculous itself, which prances, swollen and swaggering, at the centre of our contemporary politics, has meaning beyond its own empty senselessness?

Marie Louise Von Franz says that in fairy tales, when the king cannot resolve oppositions, he is at his end. So what if this petrification at the centre of our governing is not just horrendous, but also a rising to the surface of the impossible, which is the precursor to utter change?

And what if the impossible that is rising to the surface is the anachronism of behaviour in which we are the only ones who exist? As a class, or a race, as a country, a people, a species. It’s not just the case of this classist, racist, anthropocentric vision being about to kill us. It’s the case that this vision has given birth to a leadership so divided that it cannot function, so petrified that it is about to shatter.

It’s a dangerous thing to mix myth and politics. But it’s an equally dangerous thing, in mythic times, to be so disconnected from our politics that we simply laugh at them. What if ridiculous isn’t just ridiculous? What if ridiculous is the point at which we are invited in? Our system has birthed, we have birthed, a leadership structure, which, across the world, is becoming petrified in its divisiveness. But, much as we may be ashamed to admit it, we are also our leaders, and if the centre of us is petrified, then the outwards of us need to move, and call in change.

I’m not much of a marcher. To be honest, I’ve only been to a couple in my life. But I went to support the children at the climate change march last week, and I’m going to go to the People’s Vote March on Saturday. When our children are standing up and asking us to act, I wonder what strange detachment is within us that we applaud them, and continue to watch them, as if we are watching a television screen, rather than our futures.

So this is to those of us (including me) who have spent the last few months applauding our youth for taking climate action, and not joining them. To those of us (definitely me) who have spent the last few years turning off the radio when Brexit is mentioned because I am so deeply embarrassed at its wrongness and I think there is nothing I can do. There may be nothing we can do. But let us rise up and now, and call for doing. Will it ameliorate the rising tempest of political insanity? Probably not. Will it help shape the river of difference that begins to flow from the banks from the frozen abyss? Perhaps. Because perhaps all we need to do right now, as our core systems of power become more and more incapacitated with their own senselessness, is, from the edges, to move. 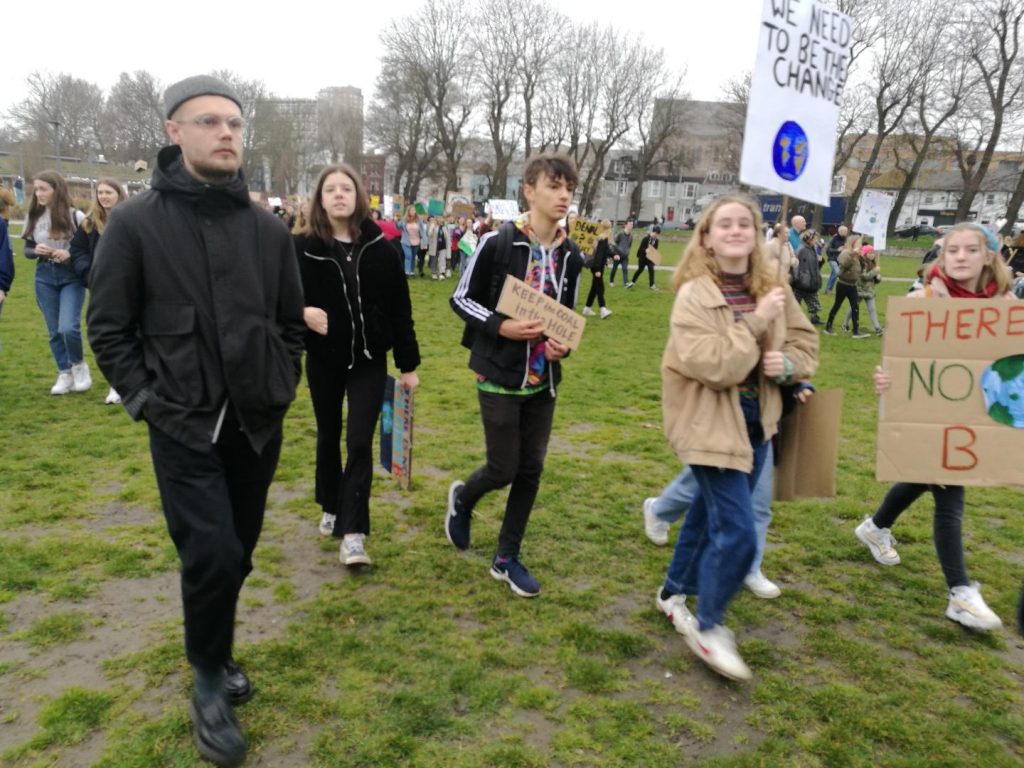